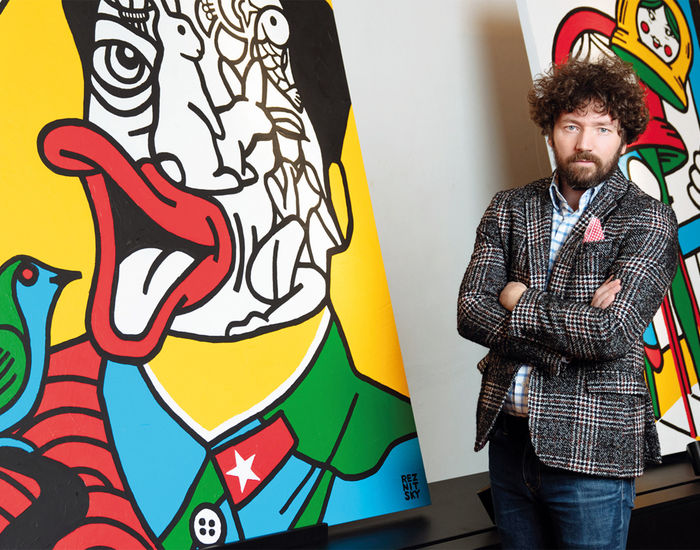 Prezentation FROM THE SERIES
“COUNTRIES”

Roman Reznitsky (birth year 1978) is a modern artist from Moscow. There are 6 years of study in art school behind him. Roman graduated High School of Art and Design in Moscow in 2004, and despite complete artistic education he graduated Novgorod State University, the faculty of architecture and construction, in 2005.

Roman Reznitsky is a modern artist.

Academic painting is a basis that contemporary artists often lack. Reznitsky Roman has studied at the art school for 6 years, mastered the classical drawing and various techniques of painting. Having improved his academicism Roman has graduated the university specialized in design. After receiving a full artistic education he began to try various fields of occupations and as a result he chose a pure artwork.

In just a couple of years he created his own expressive and recognizable language — the language of emotions, colors, sex, everyday surrealism and optical illusions.

The drawings strike a balance between painting, graphic art and design: massive strokes of thick acrylic paint form the relief of the canvas, the visual image is applied with clear and firm lines, completing vibrant colors in contrasting contours and creating a multi-layered perception of each picture.

Each picture consists of two parts — visual and philosophical. Behind bright colors and eroticism there is a hidden subtext i llustrating one of the levels of modern society. These paintings actualize pop-art patterns translating them into modern language. Pictures are always square — they are of different size, but are basically square.

Reznitsky targets his art to a thinking audience.